I’ve been a member of Mavar’s board since soon after its inception. Back then, we were just a small group of volunteers (we’re still mostly volunteers, but there are many more of us!) and we were thinking carefully about the organisation’s mission, and its scope.

The first, and most simple question we asked ourselves was: “Who are we trying to help?”.

For me, the answer was obvious. Anyone raised in a restrictive, sectarian and insular Charedi community, such as the one in Stamford Hill, and interested in exploring a life beyond its limitations.

But when it came to building a website, we had a choice to make. In order to help people find Mavar on Google we needed to include terms for which our target audience would be likely to search.

There was of course, the rather clumsy ex-Orthodox, or “formerly ultra Orthodox”.

Ex-Charedi, or “formerly Charedi” were among the other suggestions, although Charedi is generally a term used by outsiders to describe ultra-Orthodox Jews, and seldom used internally (“frum” or “heimish” are more common terms).

But one word many of those who leave Charedi communities (or start broadening their horizons within them) DO use is OTD – an acronym for “Off the Derech”.

It would perhaps make sense for us to use this term, but it makes me, and many like me, shudder. In order to understand why, I have to give you a bit of its history. 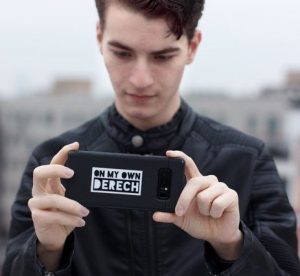 “Derech” is Hebrew for path, and in this case refers to the path of Torah observance and strict Halachic Judaism. For generations, those who strayed from this prescribed path were referred to as “upgefuren”, Yiddish for “driven off”. Later, this evolved to OTD.

When I was growing up, I knew of many OTDs. It was a pejorative term, used to describe figures on the fringes of the community, who were living a less restrictive lifestyle, often by engaging in activities that would seem utterly normal to outsiders, like driving sports cars or going to the cinema. These were not people who, generally speaking, were challenging the central ethos of the community, or building a life beyond it. Perhaps they did harbour such ambitions, but felt unable to pursue them (which is why Mavar exists).

Occasionally, you heard rumours of a genuine OTD – someone who had completely abandoned the faith (or apikores), and the community. These rumours were usually accompanied by a stark warning. Those people, we were told as children, were miserable, doomed to poverty and to being rejected by the world which they sought to join. They would eventually return, the rabbis predicted, with their tail between their legs.

To be OTD was to be an outcast, to be lost, to be forever a nomad.

That’s why when I left the community, the last term I would have associated myself with was OTD. I wanted nothing to do with the community’s ideology or its framing. I wanted to build a life beyond its invisible walls, and to some extent, managed to do so.

So it was to my great surprise when, many years later, I graduated from university and became aware of a growing community of ex-Orthodox people in the US, many of whom had followed similar paths to mine.

The name for their thriving Facebook group? “Off the Derech”.

It was only then, years after leaving the Charedi world, that I realised I was one of those people I had heard rumours about growing up. I was “OTD” – and it was nothing like the propagandists of my youth would have had me believe.

I therefore have some sympathy for the argument that the slur should be re-appropriated, worn as a badge of pride by those spurned by the community.

But I still bridle at the term, particularly when used in the context of Mavar’s work. I do not like being defined by being on or off someone else’s “path”. And as Mavar’s mission statement makes clear, we do not seek to make anyone leave any “derech”, but simply provide support to those who feel stifled by Charedi life.

So if you are someone who would never consider yourself “OTD”, but say, just want a better education for your children, Mavar is here for you.

Similarly, if you very much do want to leave it all behind, and embrace the term, we can help you along that journey.

And we remain open to suggestions for a better catch-all term.